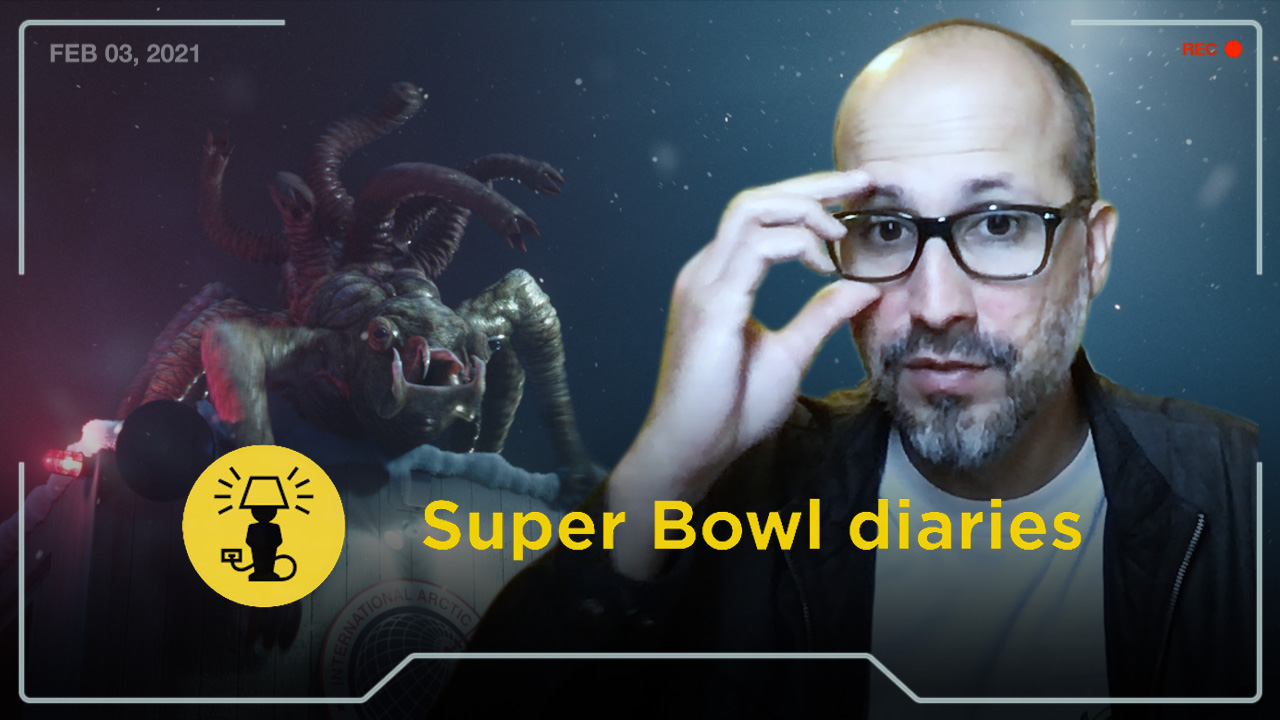 One year ago, I was lucky enough to have one of my ideas make it to the Super Bowl as a commercial for the Toyota Highlander. And I documented my whole experience as a creative in a video log. Welcome to Super Bowl Diaries.

In this series I tell the good and the bad. I'll let you judge if it got ugly.

As I grew up in my career, I always looked at those Super Bowl commercials, those super productions, as a world apart. I was always curious about how the creative process happened in those projects. But not the PR-sanctioned behind the scenes crap – I was curious to know what it was really like for a creative to make a Super Bowl spot.

So, when I got my shot, I thought it would be a good idea to document the whole thing. The successes, the disagreements, the difficulties. But especially the feelings. And this is what I put together to share with those who might have the curiosity I once had.

To start with, this is the commercial we made, which aired in Super Bowl LIV in 2020:

When you see the finished 60 seconds of the commercial, it's hard to imagine that the process started more than half a year before the air date. So, let me start you off you all the way back to mid-2019, around the time the idea was born.

In this chapter, I talk about the idea we pitched, and how we presented it. I analyze its strengths and weaknesses and talk about why it ended up being picked amongst hundreds of ideas.

Episode 02 - To Celeb or Not to Celeb

Should we use a celebrity? In this episode I talk about the pros and cons on using a celebrity in a Super Bowl ad. Best of all, my present self gives the answers my past self was looking for.

Hindsight is so awesome.

In this episode I talk about the importance of choosing the right director, and how that decision is really not as straight-forward as it may seem.

In this episode I talk about how we're not done once we sell an idea. And how we have to keep improving on the work all the way up to air date!

In this episode of The Super Bowl Diaries I talk about enriching the visual storytelling through art-direction. To delight the audience and enrich the story.

I also look back into a difference in opinion we had with the director. Whose opinion prevailed? And why?

Once again, hindsight is awesome.

All is told in this episode! The race against the clock, the compromises, the clash of ideas…

Shoots are tough. Especially when you consider you're probably making the biggest TV commercial you're ever going to make. But just like any other shoot, stuff never goes as planned.

When the shoot is done, we're not done. We're just starting. In this episode I talk about the long and iterative editing process, and how you can sometimes get in a rut when you've been living and breathing the same script for months.

I also touch on color, and the work we did to make each scene have look like specific movie genres.

And hindsight confirms, once more, that idea is king!

In this episode I talk about the time when things could absolutely have gotten ugly! After we were pretty much done, life throws the biggest curve ball I've experienced in my career.

And we have 48h to make major changes to the spot, or we run the risk of not airing at all.

Why are we creatives never satisfied? Why do we always compare our work to other people's? Why do we sometimes feel shitty after big achievements?

This episode is deep! One day after our Super Bowl commercial aired I sat down to examine all the different emotions I was feeling. It seems after a great high, comes a great low.

All creatives have to deal with feelings of envy, frustration and resentment. And we have to deal with our infamous creative ego. It's part of our life. But how do we learn to live with these feelings? How do we make peace, and use them to fuel our creativity further?

I share here how dealt with these feelings throughout my career, and how I deal with them nowadays. Which is quite an improvement. 🙂

This is it. The season finale! One year later, I look back and go through the biggest lessons I took away as a creative, as we cenceived, produced and delivered a multi-million Super Bowl spot.

What does it feel like, one year later, when you can count with the gift of hindsight? Did the things that bothered me then still bother me now? Did the details I fought for mattered?

Some of the lessons are pretty obvious. Others won't be what you expect.

I hope my sharing of this journey helped you somehow. Or at least entertained you.

I truly believe in sharing the things I learn in this business – which often feels counter intuitive. Ad culture is still very much about hiding ideas from others and hogging credit. And that's the part that needs to change, because it's killing us.

If you want to check out some other lessons I've shared, check out The Professional Creative on Instagram.

If you want to go even deeper, check out this Masterclass on creativity for ad creatives I created with the help of some of the best creatives in the world: Striking Creative Gold.

Let me know what you thought of this whole shebang. Leave me a comment below, or get in touch!