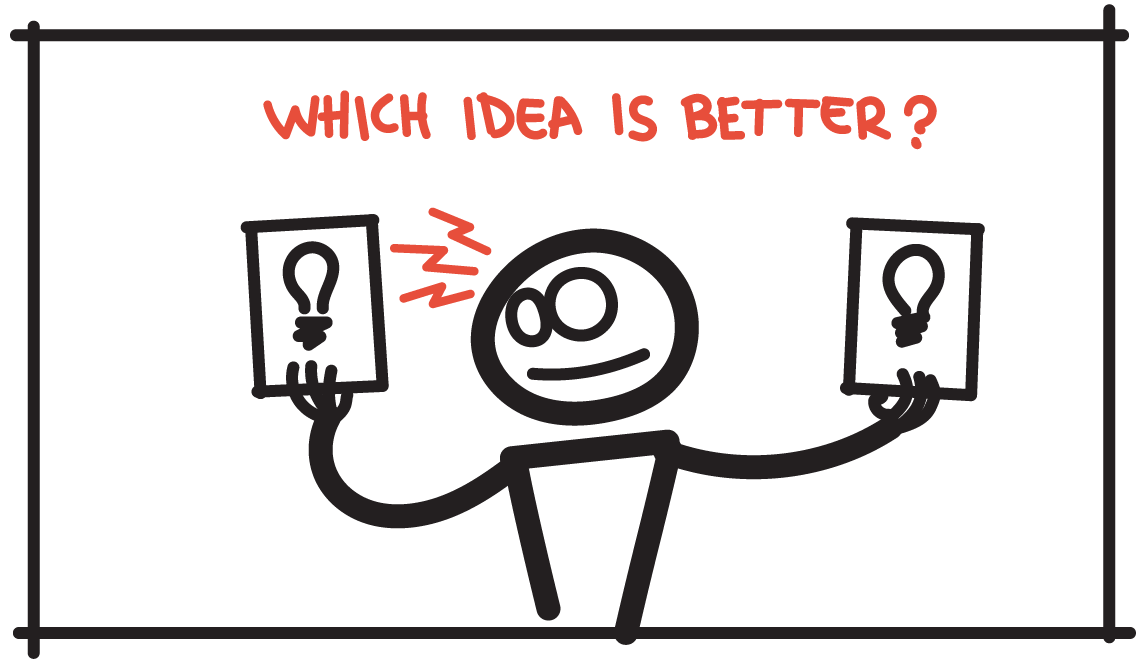 How to Nurture Your Creative 6th Sense

I’ve said before that creative people assume stuff a lot. We have to. In order to judge if an idea is going to work or not, we have to play it out in our heads – it’s like a creative 6th sense. Our mind is everything we have to rely on when we’re generating new ideas.

One could argue (specially marketing researchers) that scientific knowledge should play a large part in the creative process – but the black-and-white of science rarely matches the lively color palettes of highly creative people. The following story illustrates my point well.

When I was in design school back in Brazil I had to develop a scientific experiment on graphic design for my graduation paper. It was a pretty big deal - it's supposed to be the best thing you produce in college.

I have always loved typography. For me doing something about type design was a natural choice. So, although I had chosen an artistic field of study for a reason, I set out to conduct a scientific experiment about typographic adequacy.

This is the gist of what I did: I picked two sets of typefaces: Bembo, an old face roman font; and Helvetica, the classic sans serif by Max Miedinger.

I wanted to test the preference of lawyers and physicians against these two very different typefaces. I simply presented the subjects boards with the typeface designs and asked them which one they would be more likely to use in a sign for their office.

That led me to conclude, in the very last paragraph of my paper, that creative work cannot and will not ever be based on scientific research.

That didn't go down well with academia.

The argument was that, although not practical in a day to day basis, scientific knowledge can give designers reliable information that leads to more effective creativity. That makes a lot of sense, but the fact is that some of the most creative people in advertising, for instance, do not use science as a part of their creative process. They trust their creative 6th sense.

I might have been too radical in my conclusion, but they knew I had a point. What graphic designer in the world would go through a scientific experiment, however simple, to make a quotidian decision like picking typefaces? We have to make similar decisions thousands of times every day. If you consider the endless variables that any creative work encompasses, any scientific hard data needs to be interpreted in a very abstract way to have any value.

Hence my point: creative people must rely on gut feelings and common sense to come up with new ideas.

We must nurture a sensitivity to everything around us. That’s our creative 6th sense, that’s the filter through which we judge infinite little nuances that are part of creating something.

But how do you nurture this sensitivity? By going out into the world, by getting your 10,000 hours in, by seeing other people’s work, and – obviously – by reading, learning and understanding whatever science has to say about your area of expertise and others. That’s where we come full circle. Scientific knowledge is yet another way to enrich your mind and sharpen your creative 6th sense.

I felt that Bembo fit lawyers well because I could see correlations between that typeface and the legal trade. By experiencing the world around me, I had seen many legal-related designs using roman serif typefaces, i.e. lawyer’s office’s logos, courthouse building’s façades. By having knowledge of history, I knew both the typeface design and the trade of law shared origins in Ancient Rome.

My feeling was founded in knowledge and information I had gathered in my mind. That's how we nurture the creative sensitivity: by observing the world, by reading, by learning, by sulking it all in. If your mind is ready, you can't help but to be creative.

Share this article and leave me a comment below. Have you ever held off on your creativity because you felt you had no scientific backing?

[…] I noted before in the article “How to Nurture Your Creative 6th Sense“, an important part of being creative is trusting our instincts. Creative people are […]