Are Luck and Creativity one and the same? - The Professional Creative

In a previous article I wrote about the invention of Velcro and how the idea came to be. It touched on taking inspiration from nature's designs, but there's another side to that story I'd like to explore deeper now: the relationship between luck and creativity.

According to Dr. Richard Wiseman, "lucky folks – without even knowing it – think and behave in ways that create good fortune in their lives". Dr. Wiseman ran an 8-year-long experiment involving self-proclaimed lucky and unlucky people. As it turns out, only a small percentage of good or bad outcomes in our lives is a direct result of chance: 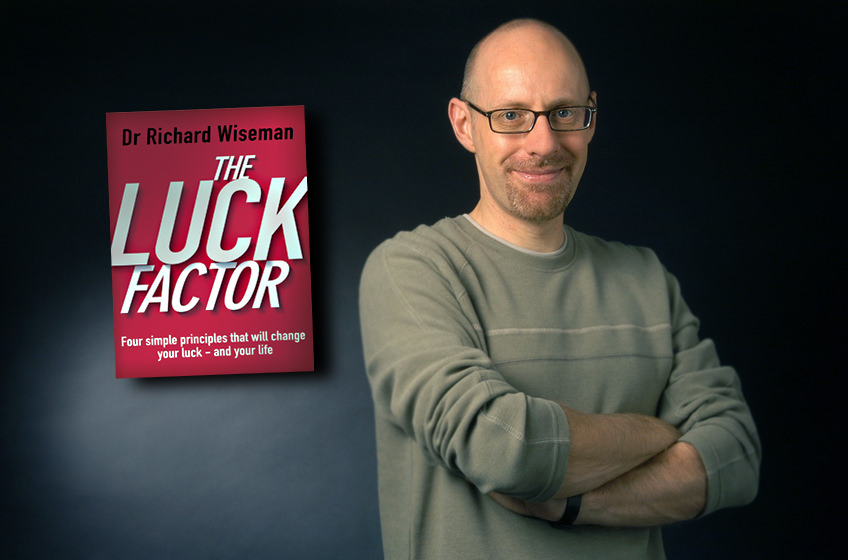 A man of luck

As I read that, I quickly realized that "lucky" and "creative" share a lot of similarities. They are one and the same in many cases. Here are 3 big creative traits the "lucky" have:

1. A different way of looking at the world

Where others see one thing, creative people see many. The creative notices the details other people dismiss as irrelevant or ordinary. Just like George de Mestral didn't just ignore those annoying burrs.

As I noted before in the article "How to Nurture Your Creative 6th Sense", an important part of being creative is trusting our instincts. Creative people are sensitive to their surroundings and take in every kind of information their exposed to. The correlation between so many things often presents itself to us as an instinct, rather than a rational thought. Creatives are comfortable trusting a "feeling".

3. Belief in a positive outcome

Ideas, in the beginning, are frail things. Any bad feedback can lead us to brush it aside before it reaches it's full form. An experienced creative knows how to used bad feedback to improve on his creation. Even if the idea is killed, he'll use the learnings to come up with something better. Lucky people share this resilient attitude: "The degree to which you think that something is fortunate or not is the degree to which you generate alternatives that are better or worse", says Dr. Wiseman.

No one would consider George de Mestral lucky for having burrs stuck to his trousers. It's about looking at things differently. It's about not taking anything for granted. It's about being creative.

Have a look at this interview with Dr. Wiseman on Fast Company, or check out his book "The Luck Factor".